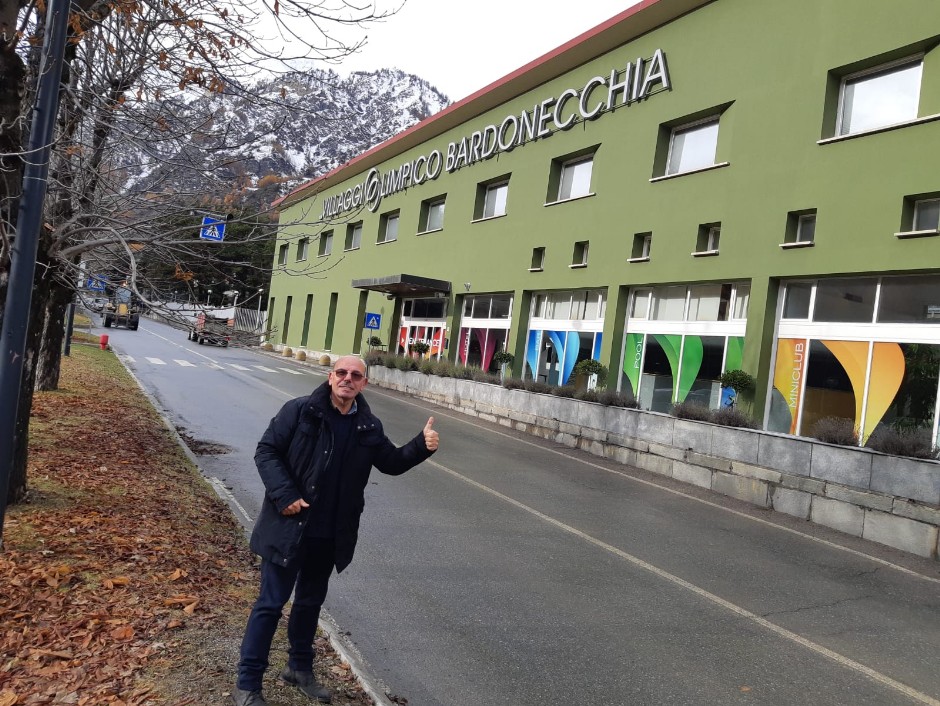 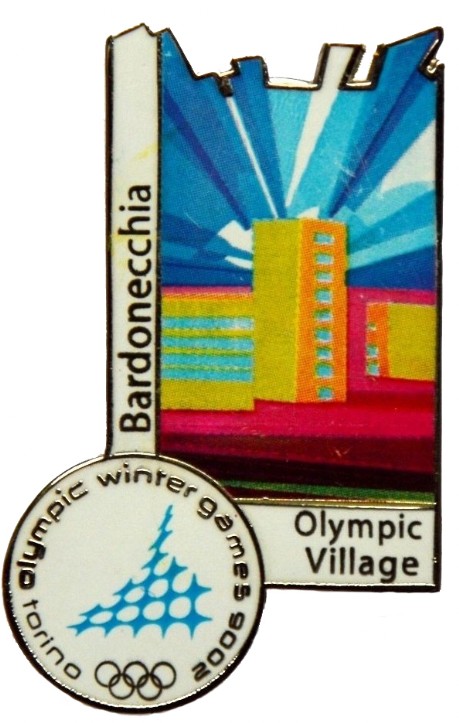 The Olympic Village in Bardonecchia consisted of residential facilities to house the athletes competing at Bardonecchia, Sauze d'Oulx, and Cesana Pariol: a total of 720 athletes and their escorts, involved in three sports (freestyle, snowboard, and biathlon). The Village was the result of a major project to restore the Colonia Medail, a historic facility built between 1937 and 1939. Taking on new life, the complex was redesigned to accommodate the technicians, athletes and their escorts, and to provide them with a range of services: a leisure and games area, gymnasiums, a swimming pool, a restaurant, medical and massage rooms, a shopping area, a post office, an Olympic Store, a travel agency, a bank, and a cafeteria. The Village also included a number of areas for service personnel: an accreditation centre, a transport and logistics area, and an operations centre. The Village was completed in November 2005, with only one new building added to the existing ones. Four of the six buildings, all for residential use, were alreadyconnected to each other and did not require external passages and walkways, making the guests' stay much more enjoyable. A swimming pool and a theatre were already part of the complex. Within the hard-ring, the outermost security perimeter of the Venue, temporary structures were erected to house the Mag & Bag checks at entrances, the left-luggage store, and a 90-seat extension to the athletes' restaurant. The Venue opened on 27 January 2006 with the arrival of the first delegations. 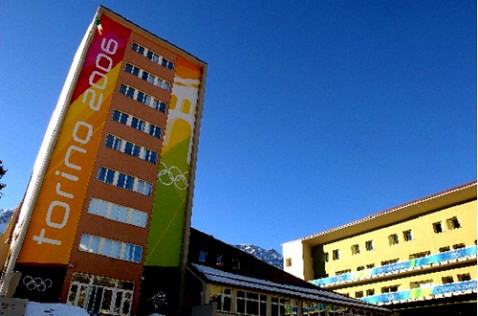 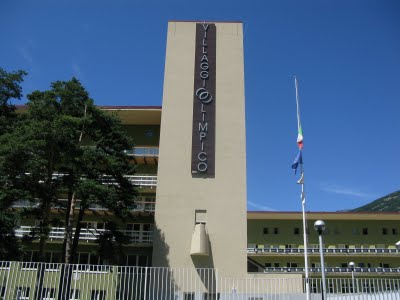 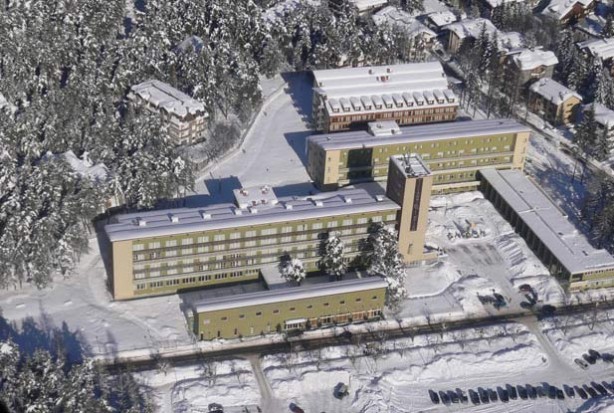