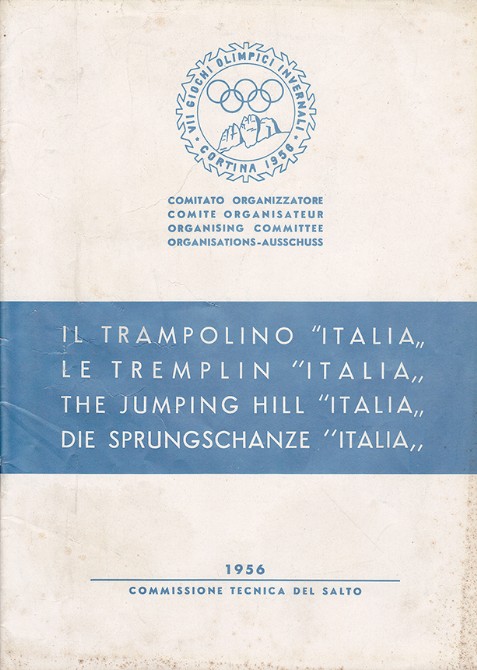 The history of the «Italia» Jump goes back to 1923. In that year the Dolomites Sports Club, thanks to funds provided by the late Baron Carlo Franchetti and the hotel owners of Cortina, was able to construct a jump which was then called after Franchetti. The « Franchetti » Jump, erected near Zuel, had a somewhat modest wooden take-off which permitted a jump of about 40 m. In the winter of 1924 the Austrian jumpers, Greising and Schatz of Innsbruck, established the record for it with jumps of 42 metres. In 1926 the « Franchetti » Jump underwent alterations which increased the length of the jump to 52 m. The record for this new length was establishedat 54 metres by the Swede, Tore Edmann.  In 1939 the jump was completely demolishedas it no longer satisfied the technical requirements imposed by the coming international contests, planned by the F.I.S. to take place at Cortina in 1941. In the summer of 1940 the Resort and Tourist Office, financed by CONI, had a new jump built, on a plan submitted by the engineer, Mario Giacobbi, and with the assistance of the technician, Federico Terschak. Named the « Italia » Jump, it had a take-off of larch, 48 m. high, permitting a jump of 75 m. 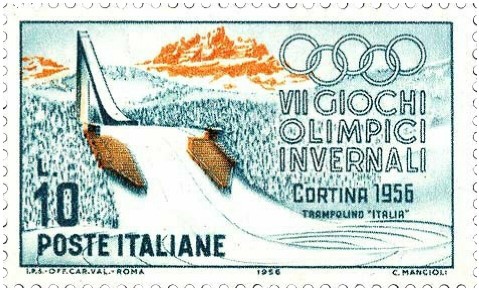 But the Olympic Games required completely up-to-date equipment once again. And so, like the Arabian phoenix, the fine old jump disappeared, to rise l'aragain more splendid under the sun of the Dolomites. The work of demolition began on 15 April, 1955, and September of the same year saw the present plant inaugurated and dedicated to the gloriesof Olympia. 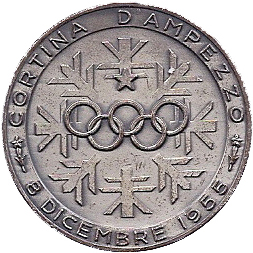 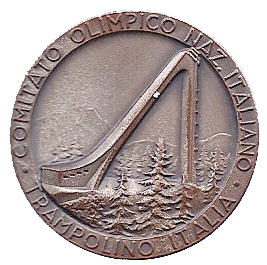 A special commemorative medal, struck for the occasion, was distributed to all the guests.

The official opening of the ski-jump took place on 8 December, 1955, in the presence of Senator Giuseppe Caron (representing the Government), of the heads of the Organizing Committee, of the Mayor of Cortina d'Ampezzo and of the Prefect of Belluno. The structure received a solemn blessing by Monsignor Giovanni Untergasser, Vicar of the Diocese of Bressanone. 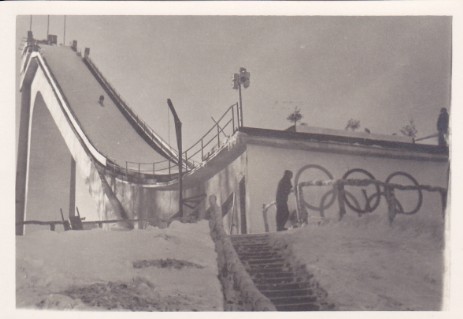 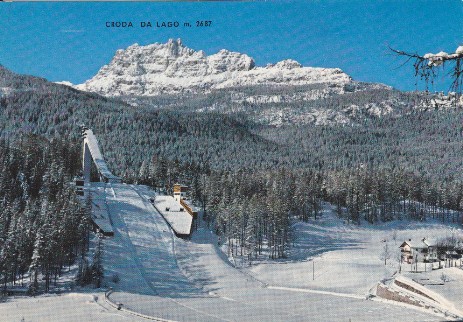 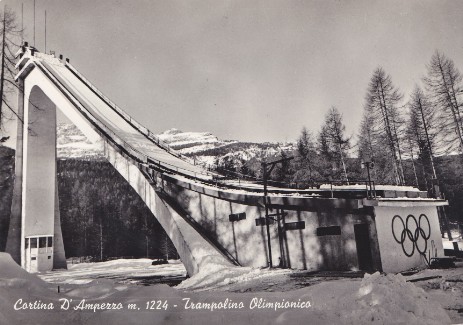 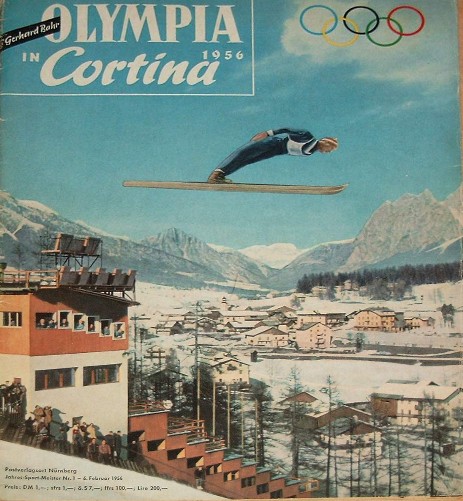 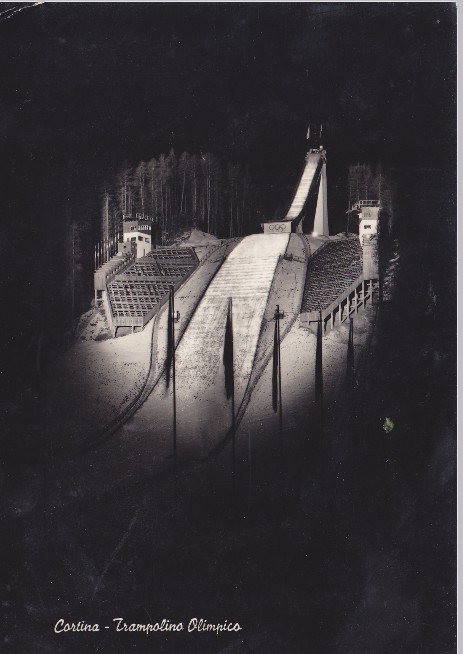 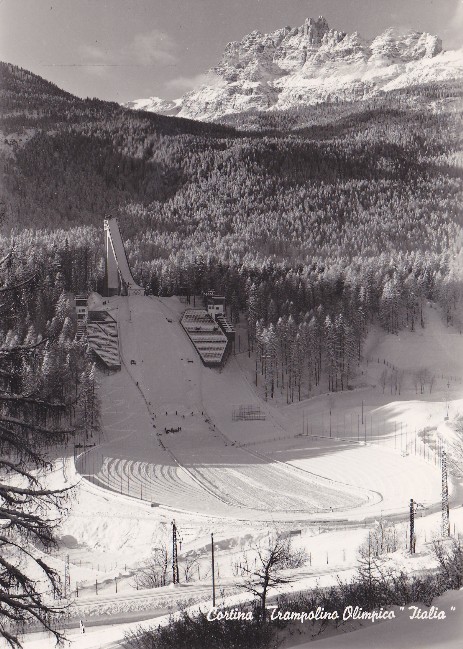