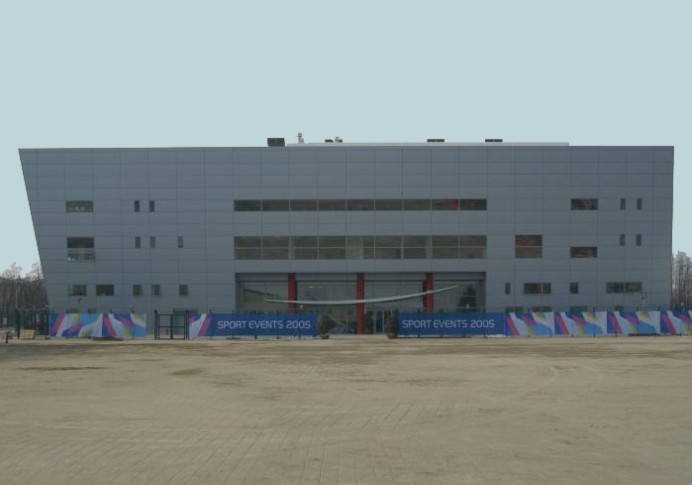 Pinerolo, 35,000 inhabitants and the second city of the Olympics, is about 50 kilometers from Turin and is the first Olympic outpost in Val Chisone, along which are also located the competition venues of Pragelato and Sestriere. The facility will host the men's and women's curling tournaments (round robin, semifinals and finals). Each day of competition includes 3 sessions: one in the morning, one in the afternoon and one in the evening. In each session 4 matches are played simultaneously. The facility covers an area of about 6,000 square meters and houses 4 curling fields with a total capacity of about 2,300 seats. The Multifunctional Ice Palace will have the role of permanent ice rink of the city and will be managed by the Municipality of Pinerolo. The facility is characterized by maximum flexibility of the spaces to allow the change of use of some rooms after the Games. Next to the Palaghiaccio, within the perimeter of the facility, a training hall has been built that hosts 3 curling fields and will be available after the Games.