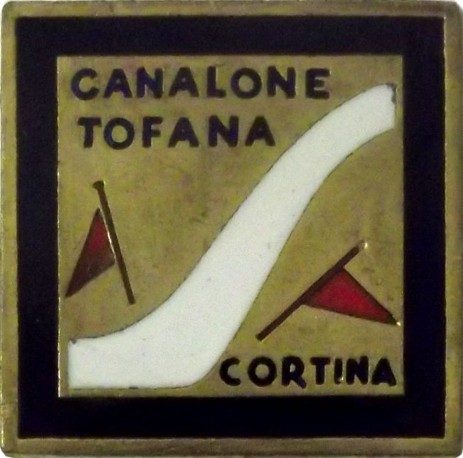 The well-known Canalone run, on the slopes of the Tofane - the most famous in the whole area, and a locus classicus of skiing - was chosen for this event. Only a little levelling had to be done here, as the main preparation of the ground had been carried out years before. Starting at an altitude of 2,114 m. the run came down to 1,612 m. over a distance of 1,552 m. involving a vertical drop of 502 m. 20 gates were used. Like that used by the Men, this run presented the advantage of being visible from Cortina. It was the least encumbered of the competition runs, although very difficult; there was not a single tree along its whole length, and the descent was practically unbroken, except by the control gates. 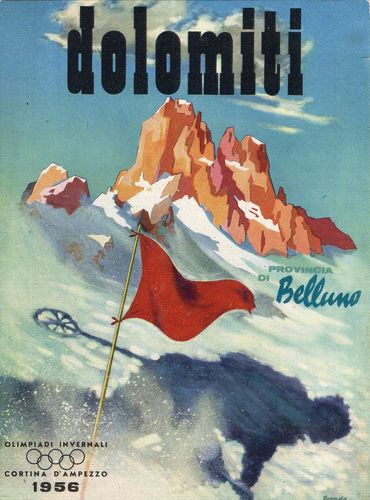 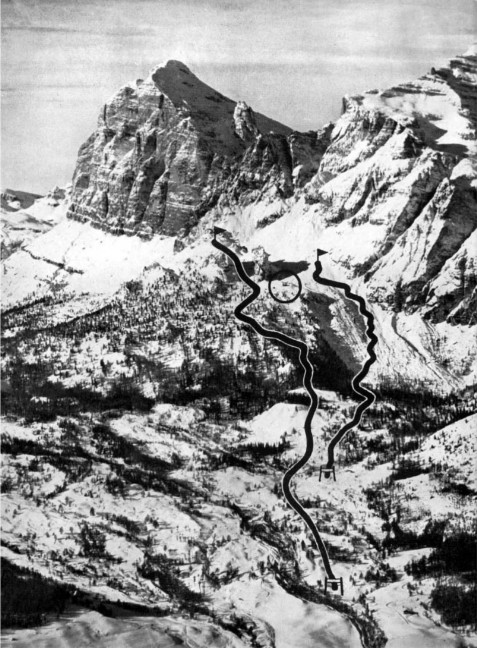 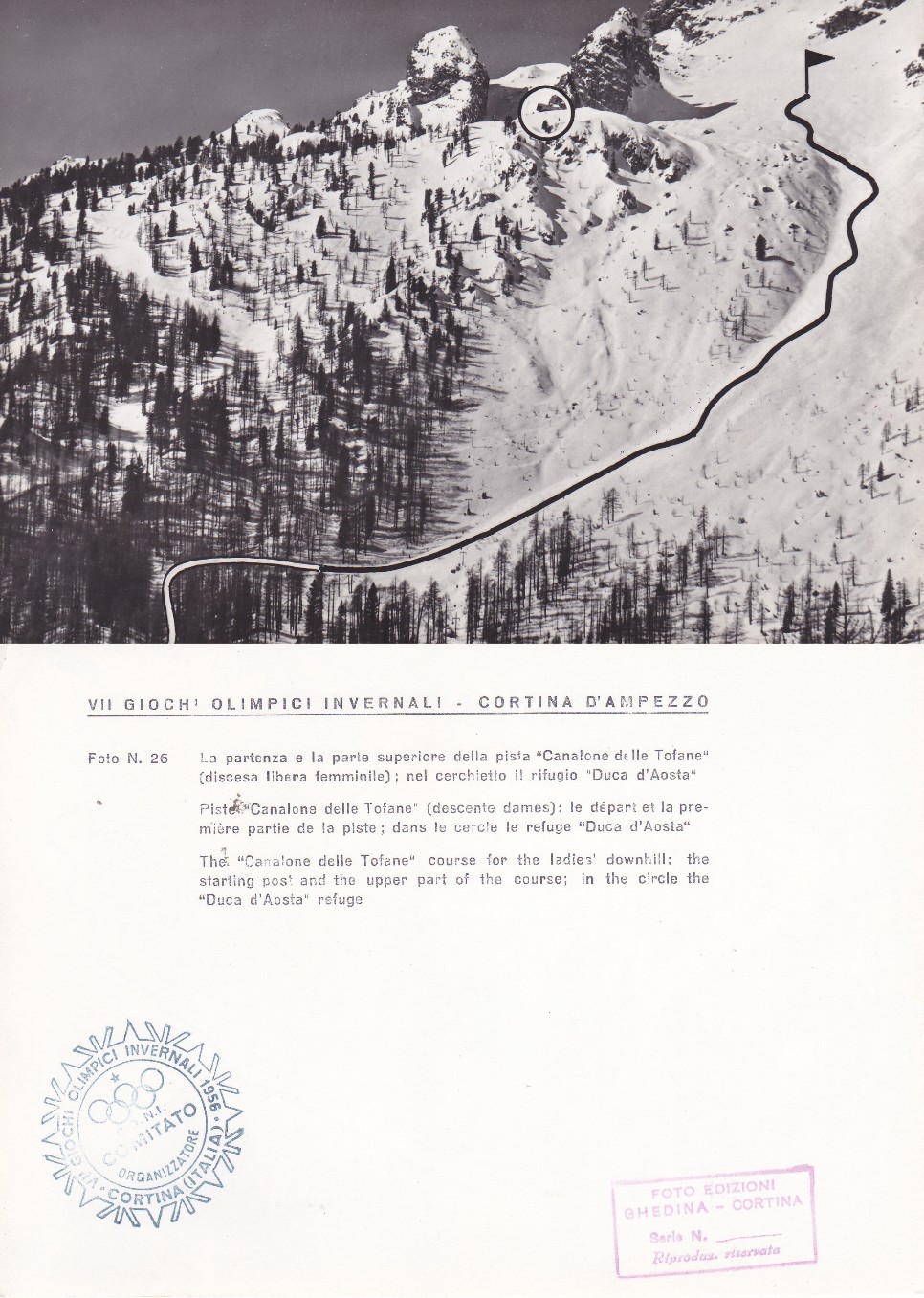