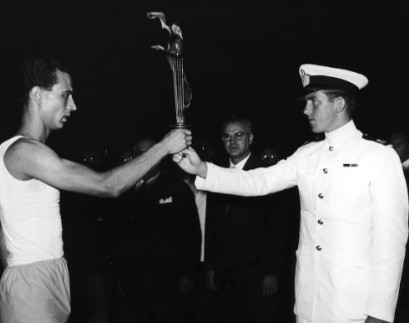 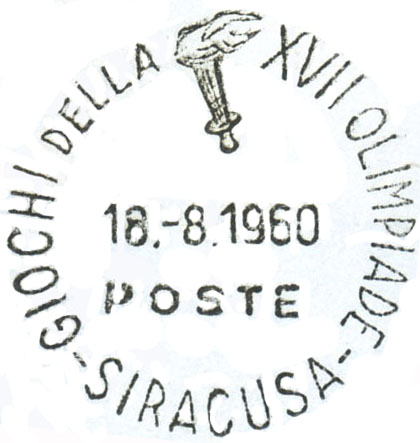 In the port of Pireus, the Olympic Flame was handed to the cadets of the Italian Navy training ship "Amerigo Vespucci". 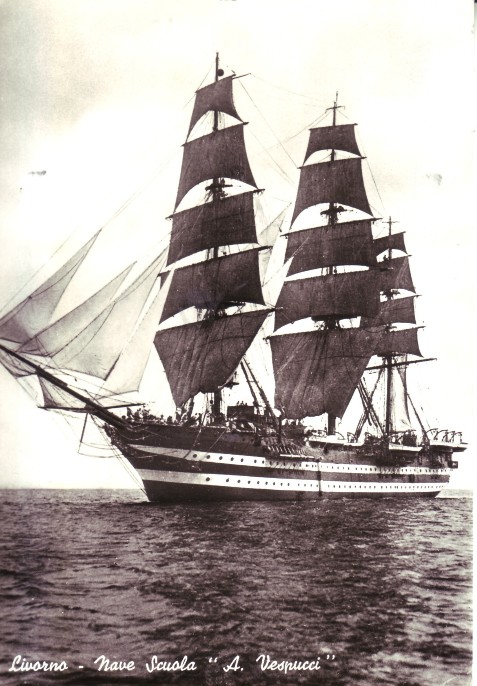 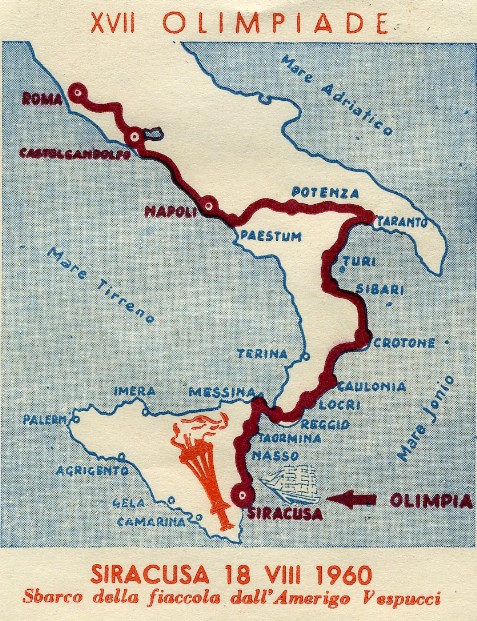 During the Greek night, a whaler with some cadets from the Naval Academy approached the training ship of the Italian Navy, where the torch was hoisted aboard by Giulio Francardi and where the Olympic fire, watched over in turn, burned day and night on a tripod on the quarterdeck.  The Amerigo Vespucci arrived in Syracuse with the sacred flame still burning in the brazier and was immediately met by two corvettes, which escorted it to the roadstead, just near Fonte Aretusa.  In Sicily, after the brazier was lit, the first torchbearer would be football referee Concetto Lo Bello. 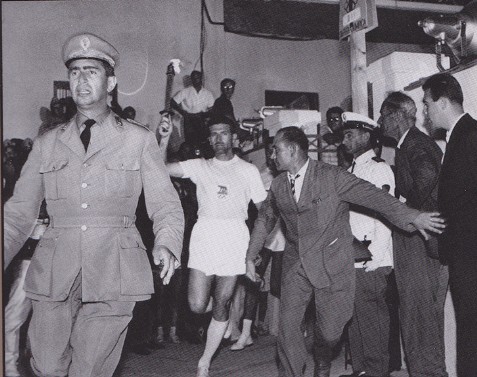 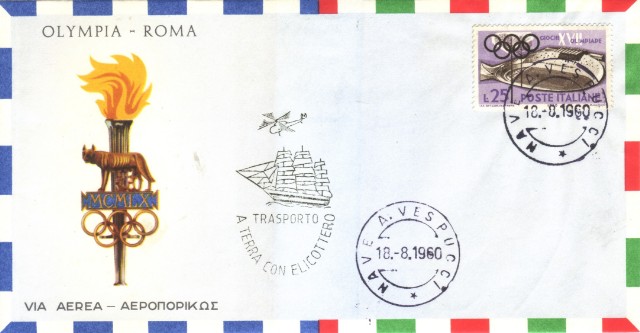 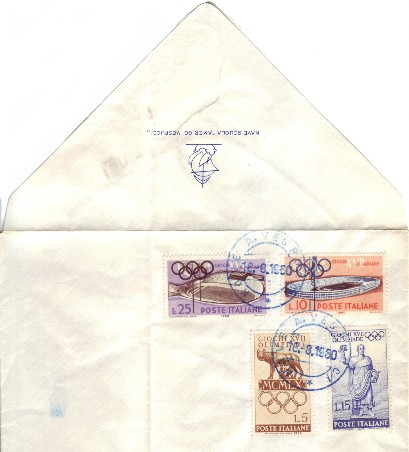